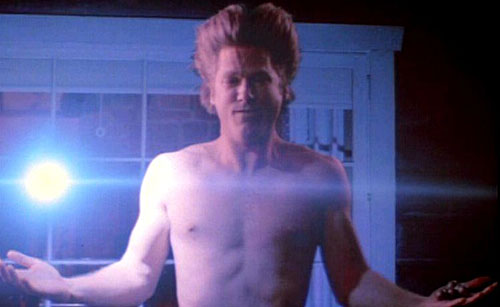 C.S. Lewis’ Narnia books, “StarMan” (starring Beau Bridges), and the Matrix trilogy all mimic, purposely or accidentally, the origin myth of Christianity. Echoes of the various aspects of the Roman, Celtic, Nordic, and many other cultures have been blurred into the practices of modern Christianity. And some of these have become universal, such as the idea of transubstantiation: the idea that wine and wafer turn into blood and body. That this is a ritual act of cannibalism is amusing from this Jewish Atheist’s point of view.

And irrelevant, or so I thought, until, as I was going over feedback notes on a short story Blood of Leeches, before submitting it for publication. An author reviewer wrote (and I’m paraphrasing here) “…so you mean his blood makes people into followers?” As if this was an alien, weird, idea. Now, I’m not equating my little piece with the works listed at the top. But… it’s funny how people incorporate (sorry) the rites of their religion as normal parts of their lives, but see them as alien when expressed in someone else’s world view.

← Fantastic Beasts and Where to Find Them
Alt-reality →